What is in a man’s heart? As a man, you are the only person who truly knows, and the likelihood is that you protect what’s at your very core from other men and perhaps the woman or partner in your life. But it is within your heart where your deepest questions are left unanswered. Fear of being vulnerable or shame keeps us from connecting with another man, yet it is only when we open our heart that these questions get answered.

Circles of Men synthesizes, in an easy and down to earth way, what we have learned over a period of six years and more than 20,000 collective man-hours spent connecting with one another in a non-judgmental, safe, and contemplative environment. We draw from the life experiences of academics and tradesmen, gay and straight, married and divorced, men in their eighties and men in their twenties, men of all colors and nationalities, and men from all religious, non-religious and spiritual traditions.

In Circles of Men, you will find insights on how we have come together—what we refer to as the Twelve Secrets—practical suggestions, thoughts on leadership, a robust list of unique topics, and much more, all so that you will be able to start a circle of your own.

Book Review: A few years before he wrote Circles of Men, I sat down with Clay Boykin for a conversation about men’s groups, life challenges, servant leadership, and a dozen other topics. Periodically, he took a minute or so to sketch a mind map that summarized the dynamics of what we had just covered. I was astounded at his ability to succinctly summarize complicated ideas and kept those drawings for their wisdom and models of clear thinking. You will find numerous examples of his mind maps in this book, as well as ideas that will often stop your world as you absorb the learnings of how Clay and the Men’s Fellowship Network (MFN) have created a safe space for men to speak from the heart, to listen, support and celebrate each other, and seek male spirituality.Don’t expect a rigid model of how to work this magic; as the subtitle says, this is a “counterintuitive approach.” The network operates within a framework but with very little hard-and-fast structure (reminiscent of the physicists’ assertion that the universe is “bounded but infinite”); efforts to “fix” each other are not allowed, nor are attempts to dominate or compete; the MFN holds “gatherings,” not “meetings” (men choose when to come and new participants are always welcome). This is a place to have heart-centric “conversations” based on trust rather than head-centric “discussions” based on ideas.The first line of the book is, “The world needs spiritual men.” By that, the author does not mean men who follow a certain religious doctrine, but brave souls who have courageously taken the hero’s journey of dissembling, experiencing the dark night of the soul, and withdrawing to the dark side of the moon to return transformed. It all begins with honesty and humility. Mr. Boykin shares how he has taken that—and other—journeys, so he fulfills Robert Greenleaf’s definition of a leader as one who “goes out ahead and shows the way,” even though he freely admits his own mistakes and missteps. Clay Boykin is a congruent friend and guide, not a flawless guru.In a short, readable book, the author addresses a man’s fear, pain, shame, vulnerability, “father wound,” and other topics that will cause a shock of recognition in men and perhaps open a window of understanding in women. A list of topics of MFN meetings will give an idea of the breadth and scope of conversations. Better yet, visit the MFN website for videos and more details on each topic. Interestingly, fifty percent of website visitors are women. Circles of Men is a tested, invaluable guide for anyone who wishes to start a men’s group, but also a wake-up call to men who believe they can go it alone. – Don Frick – Official Biographer for the late Robert Greenleaf.

Book Review: In the Western world, we may have an epidemic of lonely men. Men who are either unable or unwilling or not given permission to connect with other men in an authentic and meaningful way. Men crave a deeper connection but are often afraid to show their vulnerabilities and let down their guard. In this book, the author demonstrates how he has been highly successful at bringing men together in a safe place where men can learn to open their hearts and minds and truly be heard by other men in an accepting and nurturing environment. Harnessing 12 principles, or “secrets,” which draw upon a variety of ancient as well as New Thought teachings, Boykin shares his deep, yet counter-intuitive wisdom that has helped morph fragile and broken hearts into wholehearted men and has changed countless lives for the better, including mine and my family’s.

This book is a valuable read for any man seeking to connect on a deeper level with other men. As we move ahead in uncertain times, humanity needs more wholehearted and spirit-centered men, and Boykin is on the cutting edge showing how we move our world in that direction. – Kevin Wood (Award-winning recording artist)

About the author: Clay Boykin’s work in the area of male spiritual development is his calling. He has dedicated his next twenty years to empowering men to come together to help one another unveil and cultivate the spiritual male essence and raise male consciousness in the world. Clay is a former United States Marine Corps artillery officer from a small Texas town who successfully climbed the corporate ladder all the way to a Park Avenue office.

His life took a radical turn while on vacation in 2007 when chest pains led to a mystical experience. Other life challenges ensued and several years later Clay emerged from his dark night of the soul a spirit-centered man. Using his 38 years of business experience and a deeply entrenched servant leadership approach, Clay founded the Men’s Fellowship Network in 2012. He has facilitated hundreds of circles and made long lasting friendships through the fellowship which has been focused on the overarching theme of male spirituality.

In his first book, Clay examines the lessons he and his fellow male seekers have learned from gathering over several years in a trusting and supportive circle of men. In October, Clay will be speaking and holding a workshop at the Unity South Central Region Leadership Conference and is available for speaking and workshop engagements.

Available on Amazon: Circles of Men 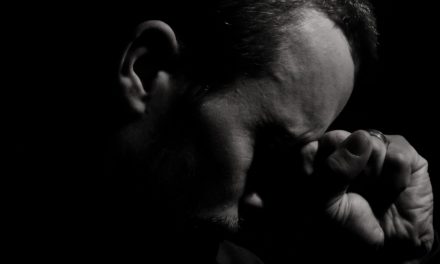 Dark Night of the Soul

Spirituality in the Workplace 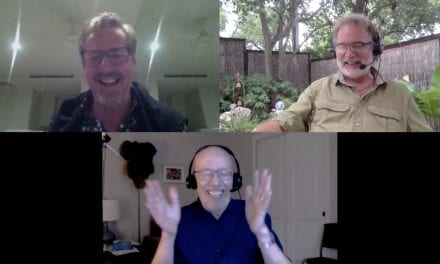 In Search of the New Compassionate Male with Terry Ayling