Holding the Tension of Opposites 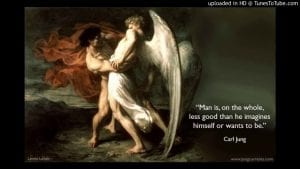 The last fifteen years of Carl Jung’s life were lived against the backdrop of the Cold War—that time in our global history when most of the nations of the world were aligned either with the “West” or with the “Communist bloc.” Intermittently throughout this time the people of the world held their breath as they watched confrontations between the United States and the Soviet Union heat up. During one such tense time members of the Psychological Club in Zurich asked Jung if he thought there would be an atomic war. Barbara Hannah recalled his reply:

“I think it depends on how many people can stand the tension of the opposites in themselves. If enough can do so, I think the situation will just hold, and we shall be able to creep around innumerable threats and thus avoid the worst catastrophe of all: the final clash of opposites in an atomic war. But if there are not enough and such a war should break out, I am afraid it would inevitably mean the end of our civilization as so many civilizations have ended in the past but on a smaller scale.”

“…I had learned that all the greatest and most important problems of life are fundamentally insoluble…. They can never be solved, but only outgrown.”

Excerpt from 2013 Article in Jungian Center for the Spiritual Sciences: Jung’s Challenge to Us: “Holding the Tension of the Opposites”

Marion Woodman is Jungian analyst from Ontario, Canada, born in 1928. This is a talk from 1991. 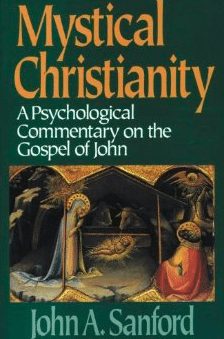