Steps To Being Awesome – Get cape. Wear cape. Fly. 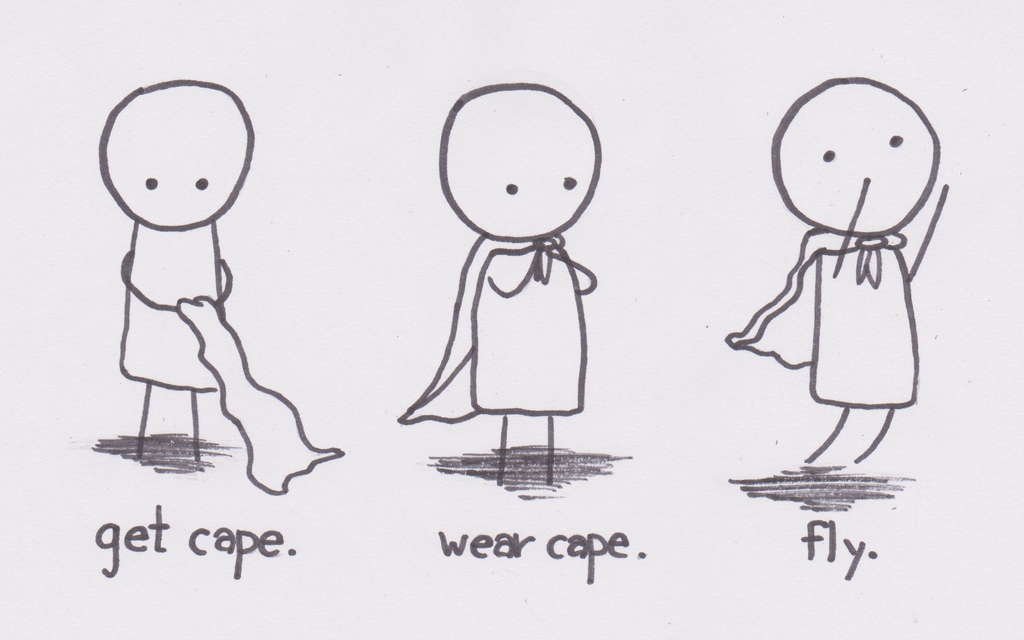 Get cape. Wear cape. Fly… We have all experienced moments in our lives where everything just comes together in some almost magical way –whether playing music, participating in a sport, or just getting totally absorbed in a project. These moments are timeless, effortless, completely free of worry and delicious! As described by Mihaly Csikszentmihalyi, this is “flow” and is often a hallmark of exemplary performance –whether it is Michael Jordan scoring 50 points in a basketball game, or someone rising to a challenge that they never thought they would be able to handle.

We’re lucky if we get into this “flow state” a few times in our entire lives. Is this flow state that hard to achieve? Is it more accessible to all of us than we think? And are we the only barrier that is keeping us getting into flow?

Judson Brewer MD PhD, an addiction psychiatrist and neuroscientist at Yale University outlines several common ways that we get in our own way. Using examples such as Lolo Jones tripping on a hurdle in the 2008 Beijing Olympics and smokers resisting their cravings, he describes how we can get caught up in thinking, as well as resisting our own body sensations as ways that we prevent ourselves from performing optimally, in whatever situation arises. 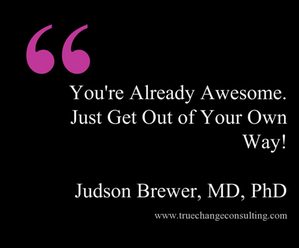 He details how his clinical research has found that techniques that help us get out of our own way, such as mindfulness training, can have large effects; for example, in a randomized controlled clinical trial for smoking cessation performed at the Yale University School of Medicine, Dr. Brewer’s laboratory found that mindfulness training showed twice quit rates compared to the American Lung Association’s Freedom From Smoking program.

He also describes the brain processes behind getting in our own way, which involve a network of brain regions dubbed the “default mode network” because of how often it gets activated –for example, when we are regretting something we did in the past or worry about something in the future. Importantly, he details some of the neuroimaging research his laboratory at Yale University has performed using experienced meditators, and how he found that a key region of the default mode network, the posterior cingulate cortex, gets deactivated during meditation. This work suggests that the posterior cingulate cortex may be a key brain marker for both getting in our own way and stepping out.

He finishes by listing some simple ways that we can pay attention so we can get out of our own way in our everyday lives. He also unveils a new fMRI neurofeedback tool that can track and potentially augment training of this elusive flow state. ~

Judson Brewer MD PhD is a thought leader in the “science of self-mastery,” having combined over 15 years of experience with mindfulness training with his scientific research therein. He has published numerous peer-reviewed articles and book chapters, spoken at international conferences on his work, and been interviewed by media avenues such as Forbes (e.g. a Forbes article on his work has 130,000+ hits), NPR and the BBC, and writes a blog on addiction for the Huffington Post. He graduated cum laude from Princeton University, Received his MD PhD from Washington University in St. Louis, completed his psychiatry residency at Yale University School of Medicine, and is currently an assistant professor and medical director of the Yale Therapeutic Neuroscience Clinic at Yale. Based on his recent discoveries of brain regions involved in meditation, he is developing novel neurofeedback techniques to measure and train meditative “flow” states. In 2012 he founded goBlue labs to move these into the marketplace.

Alison Ledgerwood joined the Department of Psychology at UC Davis in 2008 after completing her PhD in social psychology at New York University. She is interested in understanding how people think, and how they can think better. Her research, which is funded by the National Science Foundation, investigates how certain ways of thinking about an issue tend to stick in people’s heads. Her classes on social psychology focus on understanding the way people think and behave in social situations, and how to harness that knowledge to potentially improve the social world in which we all live.

Lynne Taggart – The Intention Experiment – Lynne McTaggart discusses her revolutionary and groundbreaking exploration of the science of intention. She’ll take you to the farthest reaches of consciousness. You’ll also learn about her Intention Experiment that’s open to all to participate in.

Experience the Peak You Are On 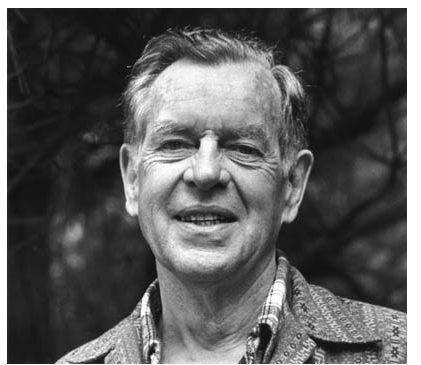 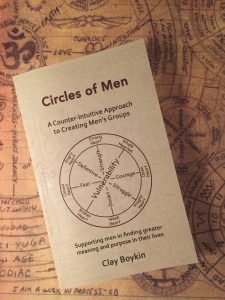